The base of today’s Japanese culture initiated 1300 years ago. World beauties reached Yamato, the ancient capital of Japan and known as Nara today, came from Egypt, Roman Empire, Persia, India, Central Asia and China, along through the Silk Road.

Those beauties attracted the people of Yamato, and those people were inspired to create the culture of their own. As time goes, they did not only accept those beauties but also harmonized them with Japanese natural features or sentiment to make something original.

Accepting from others, and harmonizing them to ours. This is how Yamatization has developed.

The spirit is still seen in Kimono, Obi (woven belt for kimono) or dyed fabric even today.

It is the concept of HOSSOGE to make more people familiar with “Traditional culture that has handed from ancient time” in our daily life.

The patterns of palmette, pomegranate and lotus flower were inspired in the ancient Orient and migrated to Asia. Buddhism ornament was added through India, and tree peony which has been popular in China since Tang dynasty was spiced as a symbol of wealthy also.

They have been used in many scenes since Nara period (in 8th century) and are still seen as the elegant and sophisticated design in Kimono or in Obi.

＊ Please understand there would be some discoloration or dullness on surface of the products owing to use secondhand materials. 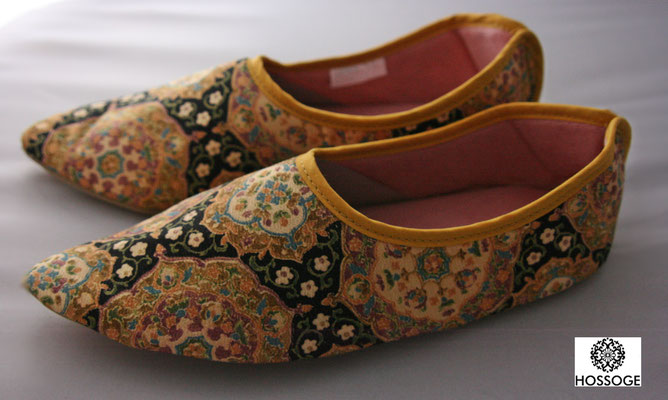 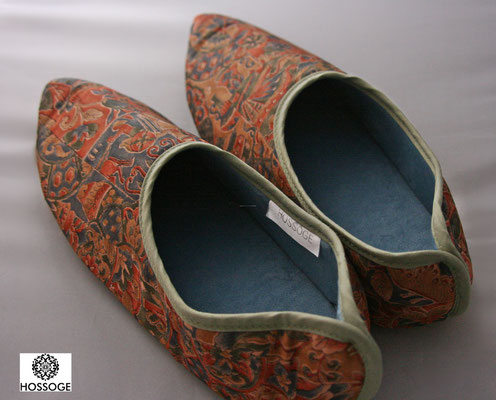 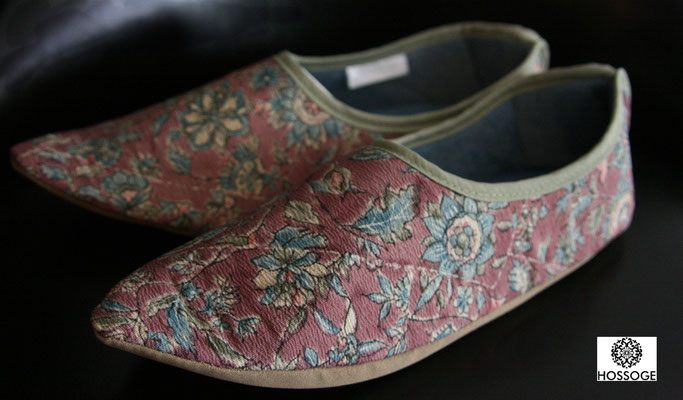